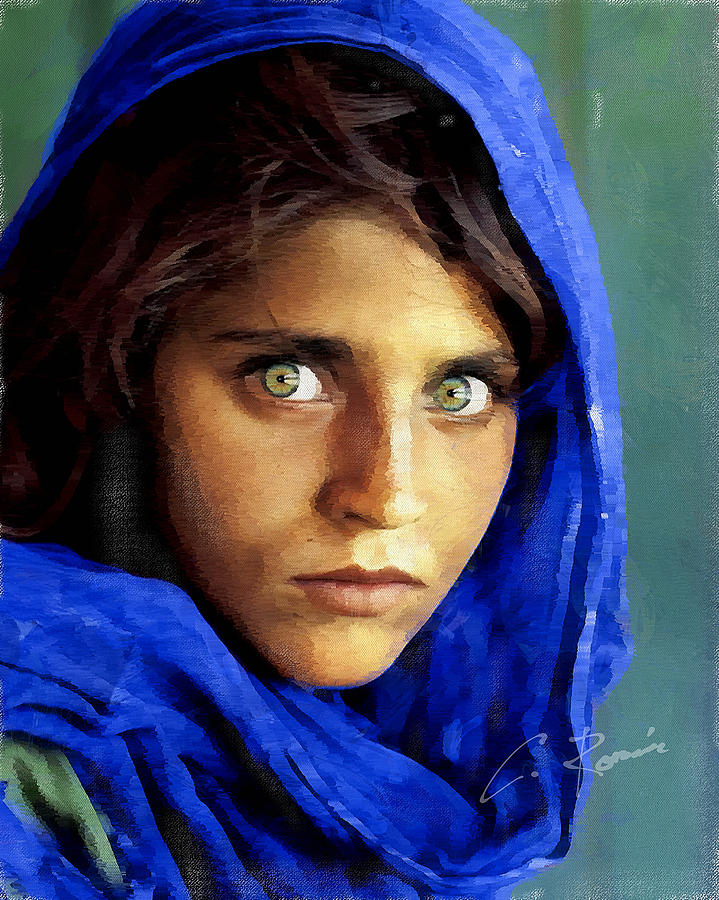 Afghan Girl is a 1984 photographic portrait by journalist Steve McCurry which appeared on the June 1985 cover of National Geographic. The image is of an adolescent girl with green eyes in a red headscarf looking intensely at the camera. It has been likened to Leonardo Da Vinci's painting of the Mona Lisa and has been called "the First World's Third World Mona Lisa". The image became "emblematic" of "refugee girl/woman located in some distant camp" deserving of the compassion of the Western viewer.

Congratulations on your sale!

Thanks a lot, Gaby!!